Emoluments: What They Are and What's At Stake 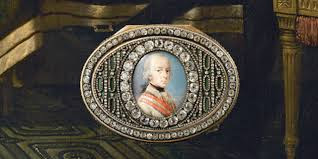 A recent subscriber to this blog asked me if I could do a post on emoluments and the litigation surrounding them.  Glad to oblige.  (And readers can make their own requests for topics by leaving suggestions in the "Comments" section).

It is, to say the least, a big topic, and it's only getting started.  The Take Care blog alone had, as of November 9, 47 posts relating to it.  If you really want to dig into this issue, I'd suggest starting here.   A summary posted on November 9 does a fine job of detailing the Congressional case, the issues raised and links to briefs.  (Spoiler alert: I think this is the strongest case, which is why I will focus on it in this post).  I'll try to summarize all of this in this post, along with a brief discussion of emoluments and the Constitutional provisions involved.  This is a longer than usual post, and there are lots of links to definitions and documents.  I really encourage you to click on them, especially the definitions from LII in the justiciability section.

It all started with a snuff box.

Well, not exactly, although the diamond encrusted one that was given to Benjamin Franklin by King Louis XVI of France (see above picture) provided a tangible focus for what was for the Framers a real issue.  Although the Articles of Confederation Congress ultimately let Franklin keep it, the Philadelphia Constitutional Convention of 1787 became concerned that ministers and other officers of the United States should be independent of external influence.  They thus came up with two clauses: the Foreign Emoluments Clause (Article I, Section 9, Clause 8) and the Domestic Emoluments Clause (Article II, Section 1, Clause 7).  Yes, there are two Emoluments clauses, although the Foreign one in is the one people are usually referring to when they speak of emoluments.  That is the clause I will focus on in this post. Just know that there is another one, and it too is being litigated (more on that below).

[N]o person holding any office of profit or trust under them, shall, without the consent of the Congress, accept of any present, emolument, office, or title, of any kind whatever, from any king, prince, or foreign state.

What is an "emolument"?

It's really a simple concept that has kept its 18th-century name.  An "emolument" is the profit or gain, including gifts, from an office or employment given by another, like Franklin's snuff box.  Of course, this is the law we're talking about with both clauses being litigated in three different lawsuits: "simple" becomes complicated very quickly.  To be fair, the clauses have never been litigated, thus providing no case law guidance, and all the clauses' terms are subject to interpretation.  The purpose of the Foreign Emoluments Clause is also simple: to prevent diplomats and all officials holding appointed positions in the Judicial or Executive branches from taking gifts or other profit or gain from any foreign power so that their loyalty is not corrupted by those things.

There is no doubt that appointed positions (say, an ambassador) are covered.  What about elected positions, say the President?  Some would argue that elected positions are not covered.  There is a famous memo from Alexander Hamilton that comes into play; you can read about a recent dispute about it here (and see how catty scholars can get), but this is definitely a minority position and not even the President's lawyers argue that the foreign emoluments clause doesn't apply to him.  (The Domestic Emoluments Clause applies only to the President, barring any emolument other than the regular salary).  The phrase "holding any office of profit or trust" would seem to cover both appointed and elected officials, and the issue of Trump being subject to the clause is not in dispute in the current lawsuits.

So if the President's lawyers agree he is subject to the clause, what is in dispute in the three cases?  First is standing: can the plaintiffs even bring the lawsuit?  There are three sets of plaintiffs in the three lawsuits:

All three sets of plaintiffs say they meet the standard set forth in cases such as Lujan v. Defenders of Wildlife, 504 U.S. 555 (1992), where the Supreme Court created a three-part test to determine whether a party has standing to sue:

1. The plaintiff must have suffered an "injury in fact," meaning that the injury is of a legally protected interest which is (a) concrete and particularized and (b) actual or imminent
2. There must be a causal connection between the injury and the conduct brought before the court
3. It must be likely, rather than speculative, that a favorable decision by the court will redress the injury

Let's start with the Congressional plaintiffs. Their claim boils down to the President taking emoluments (for example, taking profits from foreign guests from his DC hotel) without seeking Congressional approval, which is clearly required by the Foreign Emoluments Clause.  So they (1) have a constitutionally protected right to vote on the President receiving emoluments; (2) the President is denying them that right; and (3) they have no other remedy other than the lawsuit, legal or political.  The plaintiffs in CREW allege pocketbook injuries (plaintiffs include an event planner in DC and a DC restaurant association) as well as the costs of monitoring and responding to the emoluments violations.  The District of Columbia and Maryland allege injuries to themselves and their citizens based on economic issues (competing with the President's entities and taxing authority).  Both the CREW and the state complaints allege that Trump is violating both the Foreign and Domestic Emoluments Clauses.

Trump's lawyers (and they are the Department of Justice, not private ones) have filed motions to dismiss in all three lawsuits.  My quick read is that the Congressional plaintiffs have the strongest standing argument because the Foreign Emoluments Clause specifically requires Congressional approval which Trump has refused to seek.  And although the states and the private plaintiffs' standing arguments are not quite as strong, I don't see the cases being dismissed on that ground.

What about justiciability?  Even if the plaintiffs have standing to bring the lawsuits, can (or should) the federal court hear it?  (Standing is only one part of the justiciability inquiry; you have to have standing, but that alone is not enough).  The plaintiffs do have standing, no one thinks the courts are being asked to provide an advisory opinion, and the cases are ripe and not moot, so that leaves the political question doctrine (federal courts will refuse to hear a case if they find that it presents a political question, an issue is so politically charged that federal courts, which are typically viewed as the apolitical branch of government, should not hear the issue).  While all of these links will take you down the rabbit hole of justiciability, and Trumps's lawyers will surely argue the political question doctrine, I don't think that will get them very far.  As Prof. Zachary Clopton writes:

For one thing, congressional plaintiffs show why this provision [the Foreign Emoluments Clause] is hollow without judicial review. Their suit is predicated on the fact that they have never been given the opportunity to review the President’s receipt of emoluments in order to give (or withhold) consent...the structure of this arrangement would incentivize Executive noncompliance unless the clause were justiciable...[and] there are other “consent of Congress” clauses in Article I of the Constitution, and federal courts have understood those clauses to be justiciable.

Take Care blog: Emoluments and Justiciability.  There's just no other way to resolve this dispute than in the courts.


The only argument left to Trump's lawyers is their definition of "emoluments".  Even if you agree with the government's definition of "emolument", restricting it to requiring specific services in an official capacity or employment-like relationship (which the Congressional plaintiffs argue is "truly outlandish" and would defeat the Clause’s purposes "throwing open the doors to the corruption of any officeholder wealthy enough to own businesses and reducing the Clause to a mere bribery law", Plaintiffs' Memorandum in Opposition to Defendant's Motion to Dismiss), that is a subject for the lawsuit itself, not a basis for dismissal.  So whatever happens during the trial on the merits, I cannot see how the Congressional (and probably the other two lawsuits, especially the states) will be dismissed.

It's going to be a very interesting issue to follow, so stay tuned.